A San Rafael Planning Commissioner as the lead designer for the airport soccer complex?

San Rafael Planning Commissioner, Larry Paul, made no mention of the fact that he sits on this important San Rafael City board while he made his presentation of architectual plans for the Shekou airport soccer complex, at the Nov. 8th
2005 Design Review Board Meeting. 85Mb Quicktime video here.
(Larry Paul presentation, from Design Review Board
Meeting: 19 minutes into this 30 min video)

[May 15, 2006] San Rafael Airport developer, Joe Shekou SLAPP suits Gallinas Creek activists! See our point of view and evidence of a disturbing coziness between a San Rafael City official and the developersin this PDFfile Video of the protest that was held on Monday night May 15 can beviewed here Developer Joe Shekou is attempting to build a giant soccer complex on land he owns on the north fork of Gallinas Creek. 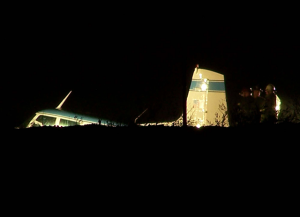 [Sept. 14, 2009] Occupants of a small plane that crash-landed at the San Rafael Airport Sunday night walked away unharmed, but officials closed the airport for several hours to clean up a small fuel spill. The 1959 Cessna 310 ended up halfway on the runway at about 7:50 p.m. Sunday after coming down without landing gear at the Smith Ranch Road airport, Marinwood fire Capt. John Bagala reported. “It was dark and rainy and they came in and pretty much did a belly landing,” said Bagala, noting the plane slid about 200 feet before coming to a stop. Bagala said the unidentified occupants were able to walk away without injury.
Airport manager Bob Herbst said Monday it wasn’t clear whether the incident was caused by pilot error or a landing gear malfunction. It was yet to be determined if an investigation was necessary, he said. “This wasn’t considered a crash,” Herbst said, noting the pilot was a tenant of the private air field. “This was a controlled landing with the gear up.” Members of the Marinwood and San Rafael fire departments responded to the incident. Fuel leaking from the plane shut down the airport for several hours Sunday night, Bagala said. 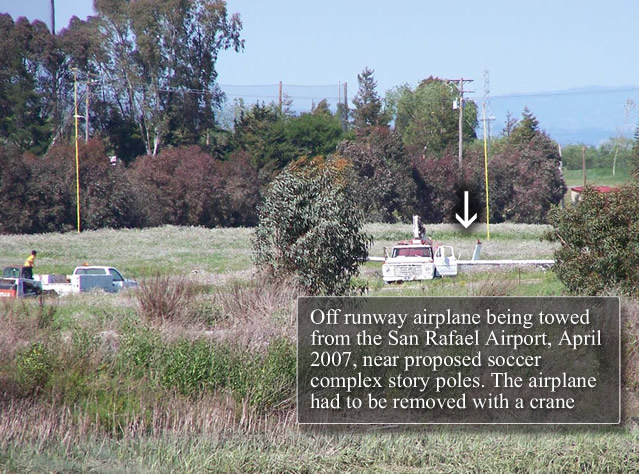 State Of The Birds

State Of The Birds Report